Join Us For The National Celebration Of Service!

In the days following the death of Kirk Douglas our co-founder, Sam Beard, shared his memories of working with the acclaimed actor and dedicated philanthropist. We're pleased to share his reflection here.

In the nearly 50 years of Jefferson Award recipients, I’ve had so many wonderful moments. I've met our country's most impactful stewards of public service and many of our heroes and superstars. This includes five US Supreme Court judges, six Secretaries of State, Muhammad Ali, Betty Friedan, and then US Senator Barack Obama.

Of all the notable figures I've met through the Jefferson Awards, Kirk Douglas stands out among the best of the best. Not only was he a movie star supreme, a product of America’s dreams, and a poster child for giving back, he maintained a gracious and unassuming attitude while actively participating in our program. He showed unwavering support and appreciation of our goals, especially our recognition of grassroots unsung heroes. 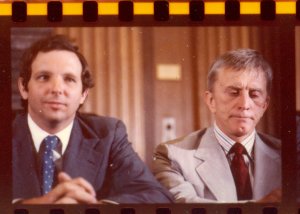 The Jefferson Awards were founded in a time when the headlines were overwrought with bad news and stories of how Americans were failing each other. Kirk worked to encourage compassion for our country's most vulnerable residents—the homeless and the hungry. In 1983 he was recognized with a national Jefferson Award—Outstanding Public Service by a Private Citizen in recognition of that work, his efforts to share the meaning of American freedom with other nations, and for his concern for refugees.

This commitment to serving others permeated throughout the Douglas family, in fact, Kirk and his wife Anne are the only married couple to both receive individual Jefferson Awards. Anne was awarded in 2003. 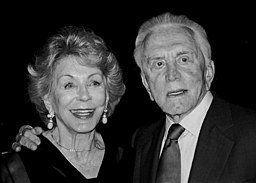 When I started the Jefferson Awards, Stanley Marcus warned me. “Be careful who you honor. If you’re not careful, someone will ruin the award’s reputation with future misdeeds. There is no string attached to allow you to pull the award back.” With Kirk, no string was necessary. It was a privilege to know him and I continue to stand in awe of how he lived so much of his life in service of others.