90 years ago this month, one the most influential figures of the 20th century was born. He would later become the father of the modern civil rights movement and recognized worldwide as a symbol of freedom as well as peace. Today we honor the legacy of that man who is my hero, the Rev. Dr. Martin Luther King Jr.

Throughout his journey, he taught and preached values of justice, tranquility, and equality, values in which he himself lived by. As a pastor he became known for not shying away from hard work, guiding his middle-class congregation to public service. “The ultimate measure of a man is not where he stands in moments of comfort and convenience, but where he stands at times of challenge and controversy.” Dr. King is my hero not because he had the powers of Superman but because he had the courage to rise up against injustice, fight for equality and champion civil rights for all humans regardless of race. That’s why over this past weekend I participated in two solidarity actions: The March for Indigenous People and the Women’s March. 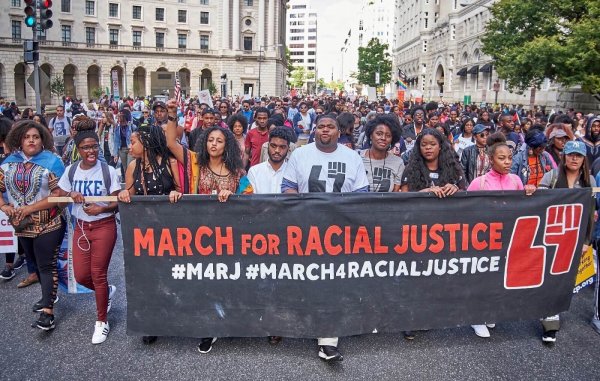 Dr. King inspired people around the world with his message of peaceful resistance and racial equality. A message many activists today have sewn into the fabric of their work, including myself. As an African American male living in the 21st century, I hear time after time that the work of Dr. King was completed, but unfortunately, that isn’t true. That’s why I find it so important to continue the work he started. We must all recognize and understand the power that lies within each of us. Every day must be a firm reminder that together, as a community we are the strongest advocates for justice for all. Over the last few years, I’ve had the honor the join civil right activist and social justice warriors in the movement for justice. In 2010, as a sophomore in high school, I organized my first rally in support of young undocumented students who were fighting for the Dream ACT. I gathered a few of my friends and sent emails out to local organizations to invite them. As my mother drove me to Rodney Square, remember thinking that only a few people would show, but as we turned the corner what I saw was jaw-dropping. Over 300 people had heard the call to action and braved the brisk November chill to stand up and fight for immigrant rights. Since that day my voice has grown, from organizing mass mobilization actions to partaking in nonviolent civil disobedience arrest. 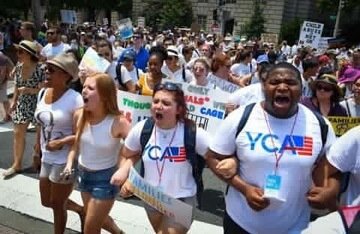 In 2017, I was named to the steering committee of the March for Racial Justice and my organization became an official partner of the Women’s March. Just a few months ago I sat in a DC holding cell, after being detained for nonviolent civil disobedience, I had joined clergy and activist from around the country to deliver a powerful policy plan on behalf of the revitalized Poor People Campaign. As I reflected on the words that “Injustice anywhere is a threat to justice everywhere. We are caught in an inescapable network of mutuality, tied in a single garment of destiny. Whatever affects one directly, affects all indirectly.”

As I marched this past weekend, these same words echoed off the buildings around us. Over 250,000 people joined us in the streets of DC and thousands more around America and 37 other countries. The message was clear, Women’s rights are human rights and time that our sisters are treated as equals but also that we were here to stand for racial justice, environmental justice, economic justice, and LGBTQIA+ justice. People from all background, races, genders, and religious marched arms locked together in the streets, a sight that validated the fact we are truly stronger together. It reinforced the notion that our differences ultimately make us great. 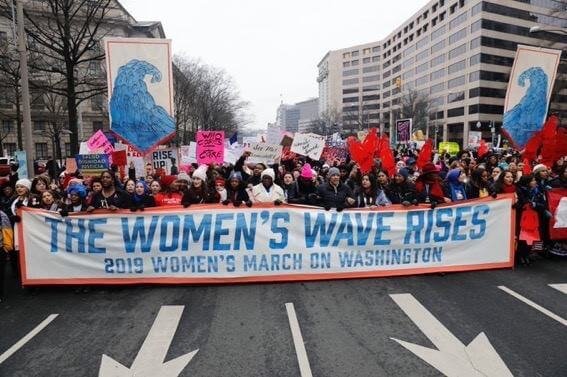 So on this day in which we honor Dr. King, remember his challenged to tens of thousands of civil right supporters in Washington so many years ago. Keep moving towards change and never give up. Speak out and march on, serve your community, and love your neighbor. Dr. King marched so that we could run.

Coby Owens was born and raised in Wilmington, Delaware. In 2009,  as a freshman in high school, Coby joined Students In Action. He went on to win a National SIA Jefferson award (2010) and National Ambassador Award (2012). After graduating, he joined the Jefferson Awards Foundation’s youth-lead Think Big Team. In 2013 he created The Owens Foundation as part of his mission to ending hunger and poverty.