Wayne Bisek knows what it means to go hungry. He grew up in poverty and has spent more than two decades making sure no families feel that pain. Through the organization he founded 23 years ago, Buckets for Hunger, Wayne has raised more than $2.3 million dollars for food pantries around the state of Wisconsin, totaling about 14 million pounds of food for families. He got help from famous athletes like Kareem Abdul-Jabaar and Bart Starr right away, as they came to fundraisers, celebrity basketball games, held sports clinics, and signed memorabilia to be auctioned off. The impact has been massive and saved many food pantries in rural areas that otherwise would've been forced to close. 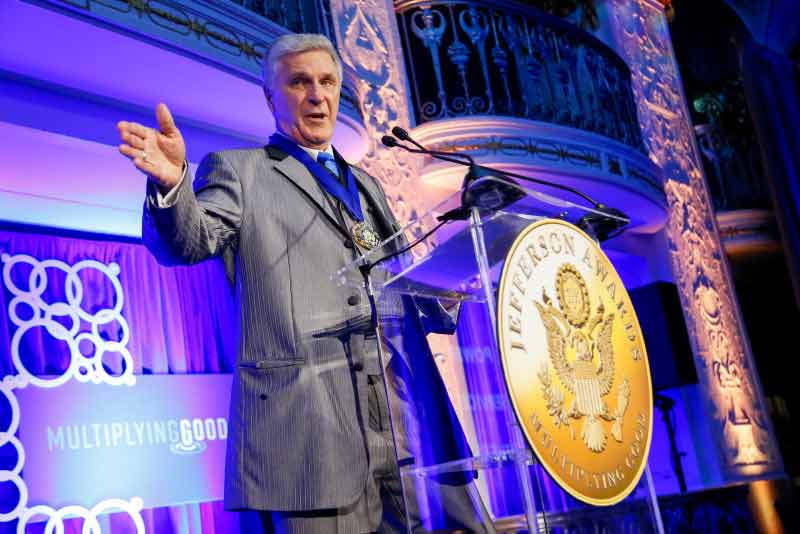